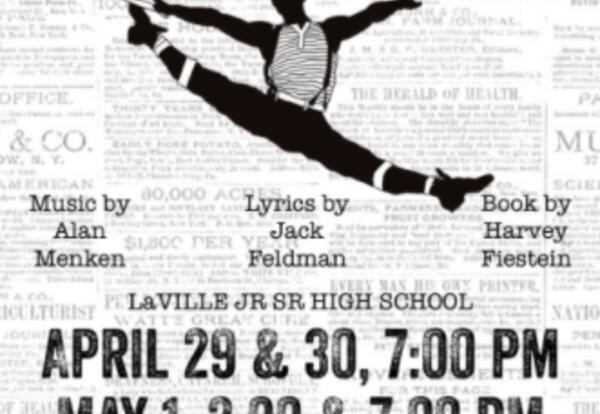 LAKEVILLE, IN. – The LaVille Drama Club is excited to present NEWSIES!

Tickets go on sale today! You can buy your tickets at https://www.showtix4u.com/event-details/40350

In this musical, homeless New York City newsboy Jack “Cowboy” Kelly befriends two newcomers to his trade, brothers David and Les Jacobs  When publisher Joseph Pulitzer  sets new rules that make it harder for the young newspaper salesmen to make a buck, the boys go on strike. Bryan Denton, a journalist who’s sympathetic to their plight, gives them some tips in public relations, as the newsboys’ battle grips the city.

More information as the production dates draw near.

You won’t want to miss it!